Varnish Cache 3.0 (the open source project) was released back in 2011 while Varnish Cache 4.0 made its debut in 2014. Since then, we’ve seen Varnish Cache 4.1.x appear, and now, the most recent, Varnish 5.0, which was only recently released.

Varnish Cache 3.0 has reached end-of-life, and is no longer maintained. That means you should definitely migrate to a more stable, supported, better-performing and feature-complete Varnish Cache version.

Migrations are always time-consuming and potentially problematic, but hopefully this blog post will help you to have a smoother transition.

Why explain the differences between Varnish Cache 3.0 and Varnish Cache 4.0 when the latest version is 5.0?
Massive changes happened between 3.0 and 4.0. The whole architecture was revised, leading to a major transformation. Understanding those changes is vital to understanding what came as a result of and after Varnish Cache 4.0. These five points are considerations you should take into account as you migrate: 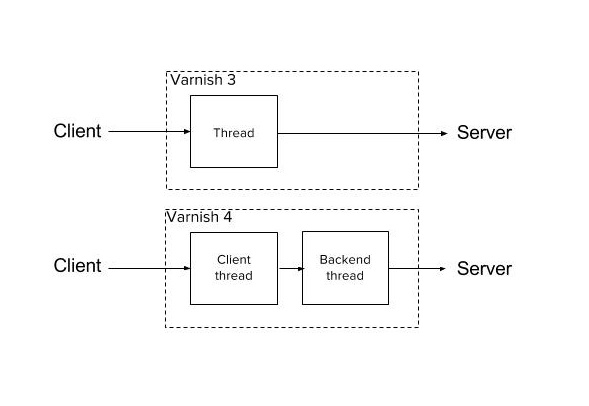 Just to name some of them:

There can be plenty of pitfalls in migrating, but hopefully this helps you as you make the important migration from Varnish 3 to Varnish 4 and take advantage of the improvements Varnish 4 offers.

And, even when you're not migrating, there are some common Varnish mistakes you can avoid while configuring. Watch our webinar, 10 Varnish Cache mistakes and how to avoid them, to find out more.