This release is a big one, and focuses on extending Varnish Enterprise with additional building blocks that make it easier to build complex edge logic on top of the Varnish platform. But there are some other useful new features thrown in there too. 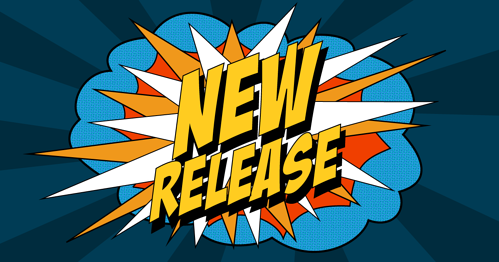 New features and optimizations in 6.0.8r2 include:

Let’s find out what they do.

Transit Buffer optimizes memory consumption when serving large objects using pass in VCL. vcl_pass allows Varnish to handle delivery of objects directly from the backend, without using the cache, which is useful for very large files. Often though, backend servers deliver content much faster than clients can receive it, which can mean increased memory usage when the object is waiting for the client in Varnish.

Transit Buffer lets you control how much of the request can sit in Varnish, relative to the client, and it’s very easy to use. In this example, Varnish will pause receiving from the backend when it contains 1MB of unsent data:

We build VMODs for specific customer needs, based on feedback and consultation. It's just one of the ways we make sure our software meets current and future business requirements across web, streaming, and CDN use cases. This month we're adding four new VMODs to Varnish Enterprise.

VMOD accounting is designed for collecting metrics in multi-tenant setups. It can provide metrics per tenant in varnishstat, for use in dashboards and monitoring. While its main use case is generating these tenant-specific metrics, it can also provide metrics for different types of content in single-tenant environments.

This is very useful in situations where, for example, a large organization has one CDN but various departments as different tenants, or a web service is hosting multiple domains on a single server.

Just like the Varnish Configuration Language (VCL) itself, VMOD accounting is very flexible. You can design your own key scheme, tagging traffic in and out of Varnish, and read statistics for each key. For example you can have separate keys for HTML, CSS, images and video, and, at the same time, have one key for each users’ preferred language. You’ll be able to split your traffic into multiple slices in multiple ways, and get metrics on each slice. Also, video services splitting their workloads across live, VoD and live channel statistics, will be able to examine data from each tenant separately.

Previously, probes for checking the health of backends in Varnish had fairly static behavior. Now with VMOD probeproxy, you get powerful functionality to modify how probes are handled. It essentially lets you treat them as normal HTTP requests; it makes them collapsible and cacheable.

VMOD URI makes the process of parsing a Uniform Resource Identifier, or URI, easier and cleaner. URIs help to identify abstract or physical resources on the Internet, without ambiguity, and VMOD URI lets you parse, manipulate and rewrite a full URI into the five generic components: scheme, authority, path, query and fragment, as described in RFC3986. One benefit of VMOD URI is that it simplifies configurations where Varnish should follow redirects from the backend. An existing VMOD, urlplus, is limited to path, fragment and query components.

How do I get the new version?

For existing Varnish Enterprise users, information on upgrading is found here. Note that updates between minor versions such as 6.0.8r1 and r2 are considered stable, with no manual intervention required.

If you’re a Varnish Cache user, but interested in trying out Varnish Enterprise and getting your hands on these features, you have a few options. These include a free trial, and spinning up an instance in the cloud. We have developer editions available on small machines at very low cost, specifically for trying out and playing with Varnish Enterprise.