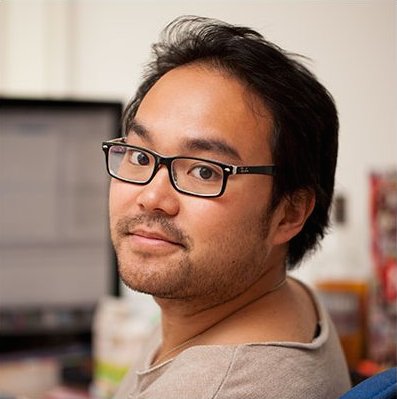 Web traffic analysis software is synonymous with bouncing traffic and user data to a third-party vendor or trawling through logs and consolidating numbers at the end of the day. These metrics, such as unique visitors and page views, can play a central role in the business decision-making process.

END_OF_DOCUMENT_TOKEN_TO_BE_REPLACED

Typically Varnish Cache sits in front of your application servers, be it in the public or private clouds. The transparent nature of the reverse proxy means that Varnish Cache is agnostic to both inbound client request and outbound backend response, delivering either a cached copy or freshly rendered response from the application servers. Performance gains attained for the overall response is directly correlated to cache hits achievable. Naturally this is highly dependent on the incoming traffic pattern and the supporting application server. Therefore in order to see the full performance picture of your web stack, or to identify degradation in performance, we highly recommend incorporating the monitoring of Varnish Cache as part of your existing Application Performance Monitoring (APM) tools.

varnishstat and its myriad of counters

Monitoring Varnish Cache is not exactly for the faint of heart. There are a myriad of counters that appear to convey information that can only be understood by the core Varnish developers. Have no fear and rest assured that these counters are very useful, although perhaps a little misunderstood. Coupling cache related statistics with information extracted from an APM tool, together these statistic will paint a pretty accurate picture of your web stack from the end-users’ perspective. And why is monitoring your caching server so important? It is essentially the shield for your backend application servers.

varnish-agent to the rescue: Exposing varnishstat

varnish-agent is a small daemon process written in C that communicates with varnish and other varnish related services, such as varnishlog and varnishstat. This enables remote control and monitoring of a single varnish cache instance. In addition, these management and monitoring services are exposed through a RESTful interface, which speaks JSON. This is the core mechanism and the recommended approach for accessing varnishstat.

What is Application Performance Monitoring (APM)

According to Gartner, APM can be defined by the following five dimensions:

And AppDynamics is classified the market leader in APM at the time of writing.

A vivid canvas painted by statistics

Statistic provided by varnish-agent/varnishstat often hints at the current state of the cache server. When coupled with additional information such as memory, IO usage, a very vivid picture about the exact state of the system starts to surface.

For this example, the assumption could be that Varnish is assigned 1GB memory for cache storage on a server with 2GB physical memory. Upon exhausting cache storage, Varnish will attempt to evict the least recently used object from cache. The counter n_lru_nuked in Varnish will begin to increment, indicating that objects are being forcibly evicted. The implication for the eviction is that cached content are not staying in the cache for the intended time-to-live duration, thus forcing requests to be sent to the backend, resulting in performance degradation. Early monitoring of the aforementioned counters can be a precursor to safeguard against performance degradation.

Another example could be that Varnish is assigned 2GB memory for cache storage on a server with 1GB physical memory. As available physical memory becomes scarce, the Linux kernel will swap out less used pages into swap space and freeing up memory for processes that requires it immediately.

This process is a potential IO bottleneck for Varnish, as paging into swap involves writing to disks. Swap utilisation is a common statistic available in APM tools, such as AppDynamics Pro, or command line tool such as vmstat. In this case, the performance degradation can be significant if rotational disks are installed in place of SSDs. Again, looking out for abnormal swap usage can also be a precursor to safeguard against performance degradation.

Include Varnish into your APM today. Try it for yourselves.

AppDynamics Pro and varnish-agent is the perfect marriage for obtaining a full performance overview of your web stack. The installation process is easy and well documented every step of the way. Being able to spot performance degradation before it affects your application server, and your business is absolutely critical. And getting started is as easy as pie.

END_OF_DOCUMENT_TOKEN_TO_BE_REPLACED

Simple scales better and faster in the real world

The Super Fast Purger was conceived as a plugin for the Varnish Administration Console. The current implementation is capable of receiving and distributing 45.000 cache invalidation requests per second with ease. We believe that the upper limit of the throughput for the Super Fast Purger is yet to be determined as the software implementation was limited to network and hardware capabilities during benchmarking.